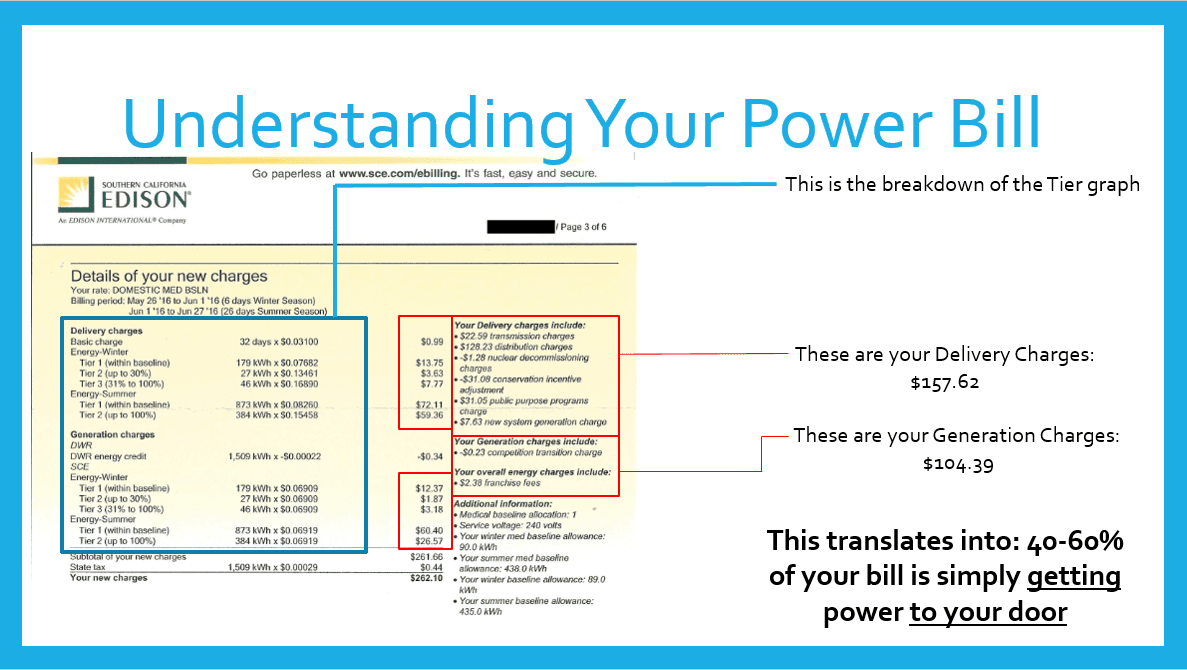 What You Should Know

In 2013, the San Onofre Nuclear Generating Station was shut down. It was owned by Edison International, San Diego Gas & Electric Company, and the Riverside Utilities Department. This meant a loss of generated power of 2,300 mWh (megawatt hours) per year – enough to cover the energy needs of 38,000 homes per year.

In order to compensate for the loss of power generated by the San Onofre station, utility companies were forced to go out of state to buy their power from states such as Arizona, Nevada, and New Mexico. The “shipping charges” to retrieve that power are passed on to you in the form of Transmission and Distribution charges, which account for 40-60% of your electric bill.

On July 3, 2015, the California Public Utilities Commission (CPUC) voted to adopt a new residential rate structure to be phased in over a few years and completed in 2019. It is a three phase plan as follows: 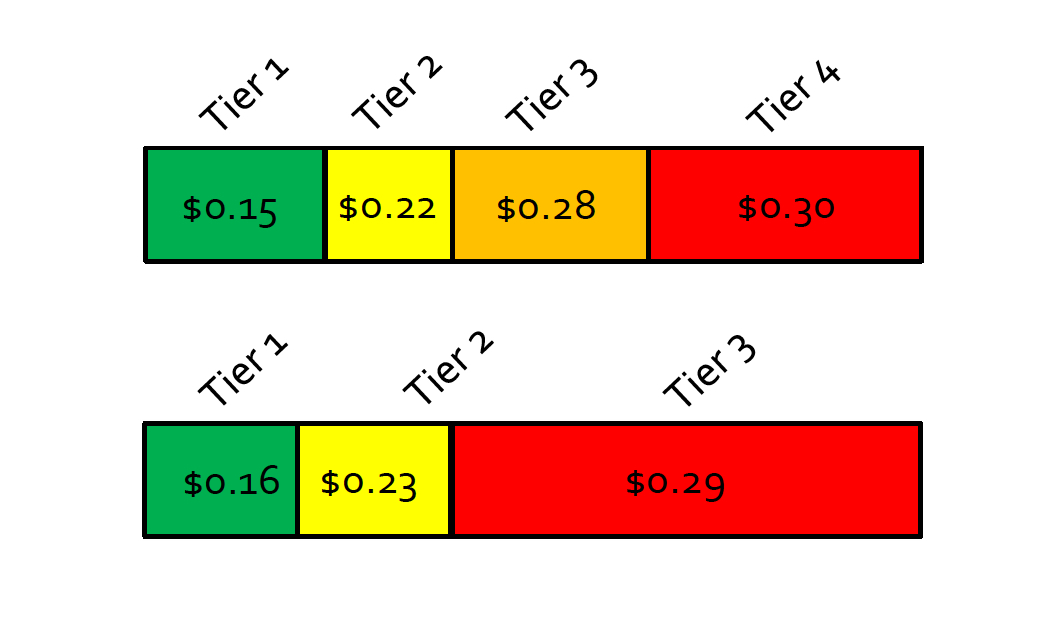 2018: Begin PHASE 3 – Transition from Tiered Rate structure to Time of Use (TOU) Rates on January 1st. 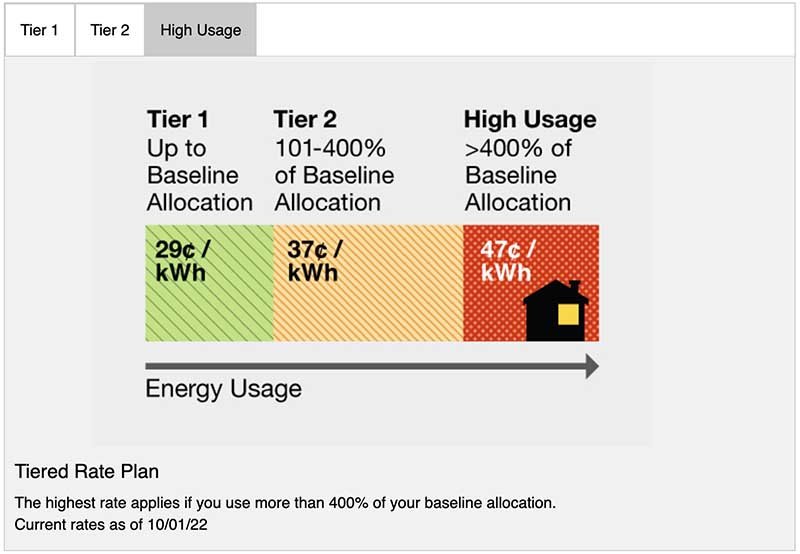 2019: Complete PHASE 3 - Automatic enrollment into either of two TOU programs 4-9 PM or 5-8 PM.
Current 2022 rates for these programs are taken from SCE.com and are provided below. 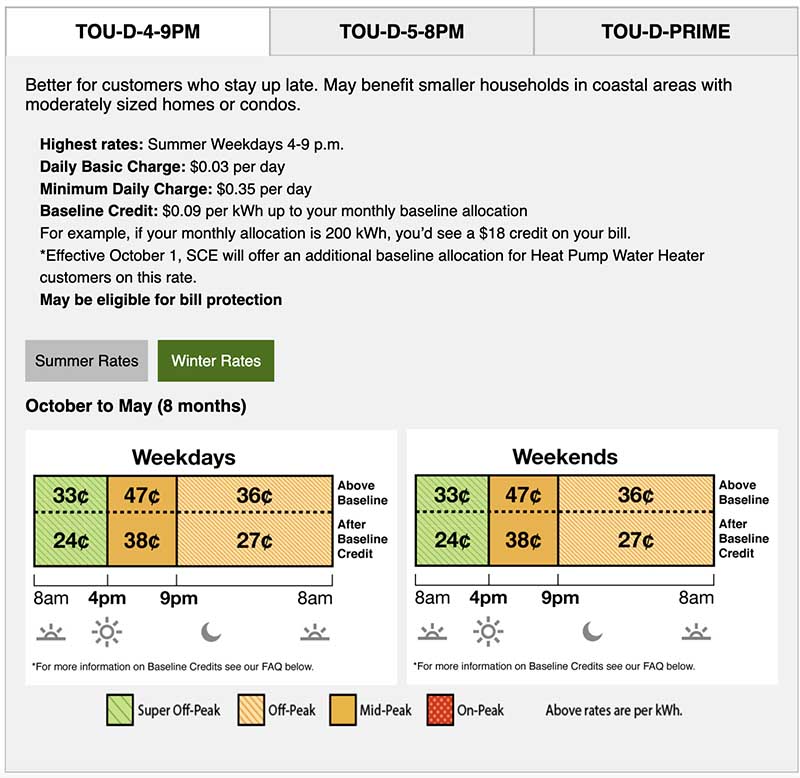 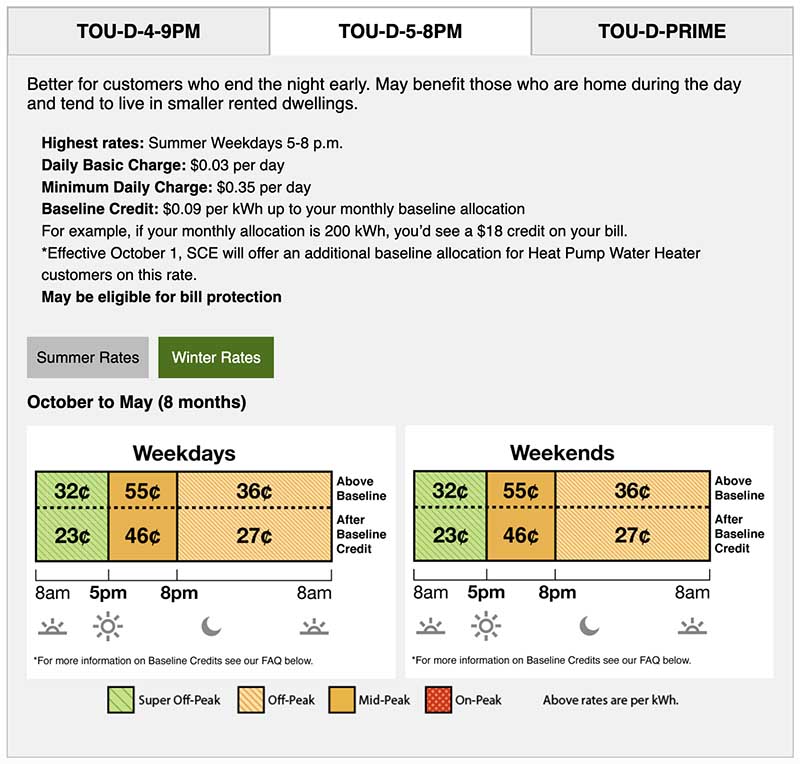 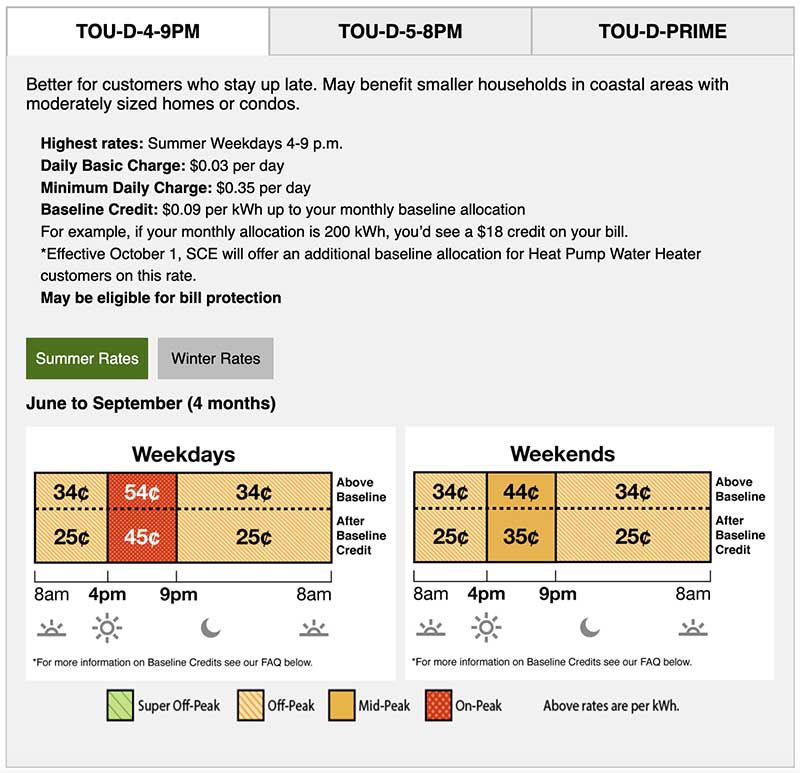 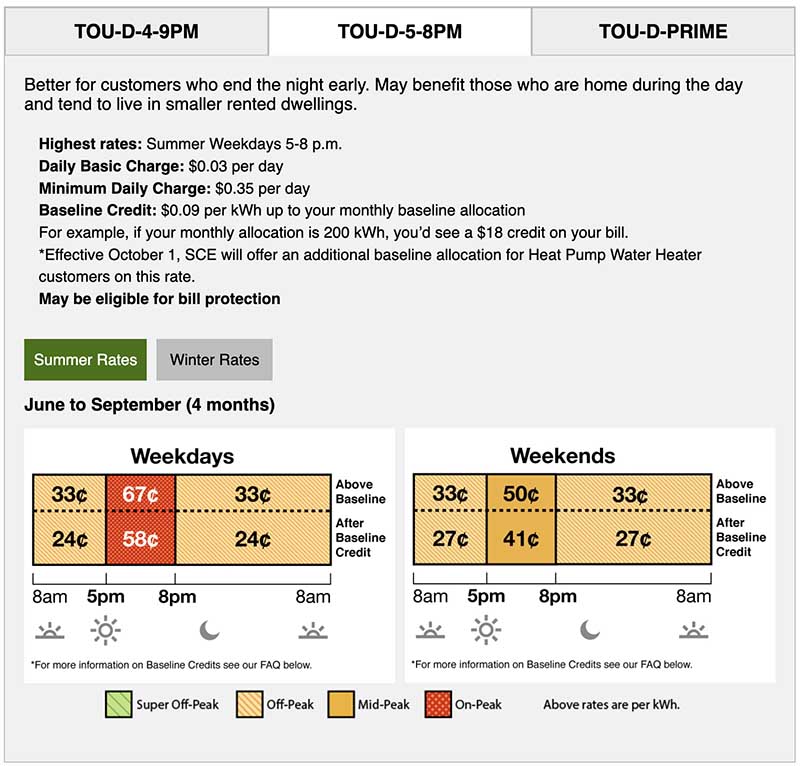 What Does This Mean for You?

For tiered rate structures, the cost per kWh (kilowatt hour) increases per tier of increased energy usage. However, due to a recent change in the Time-of-Use (TOU) rate structure, your rate per kWh will not only depend on whether you exceed your baseline allocation, but also what time of day power is consumed and on which day.

The advantage of having solar is that you can utilize this rate schedule to maximize the value of the power sent to your utility, thus quickly building your credits and decreasing the cost of those credits you pull back at night.

Here is an example: On TOU-D-4-9PM, let's say you export energy from your solar system on a summer weekday after having exceeded your baseline allocation. If you export 50kWh to SCE between 4-9pm where the value of electricity is $0.54 per kWh, SCE must credit your account $27 (50kWh X $0.54). However, when you pull those same 50 kWhs back later, between 9pm-8am, the rate drops to only $0.34 per kWh, thus only pulling $17 from your credit account for the exact quantity of power (50kWh x $0.34).

By switching to TOU-D-4-9PM, you will greatly maximize the value of power sent to SCE during the evening and decrease the cost to pull it back at night. 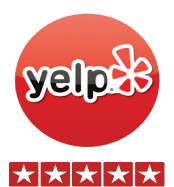